Chuck and the French Bite


I’ve always been terrified of forgetting, of the oblivion every moment threatens to slide into as soon as it passes. My TBI is a cosmic joke, poking at my hornet's-nest-fear of failed memory. I don’t know why I've always worried about this (scribbling 4 apple boxes worth of journals throughout the years), as the destiny of each moment and memory is and must be oblivion, eventual, certain, and permanent erasure. I’m sure I’m not on the cusp my own Alzheimer’s, although my head injury dramatically increases its eventuality. Lately, I remember things and I worry that it will be the last time I see them. The TBI's oblivion now creeps into my present moment and erases things before I notice they ever existed. But the things I do remember are clear and I tend to remember what I do very precisely.  I’ve read that what we remember has emotional markers on it, a feeling-scent that at the time alerted us to its importance, alerting our inner secretary to file this one, not shred. What you remember can tell you quite a bit about who you are, what you value, and what you fear. And I feel terrible when others remember what I don’t, like my mind has implied to the world that it wasn’t important to me. To a schmuck like you, maybe. But to a grand poobah like me, nope.

I posted to Facebook a 1992 photo of me and a friend from Bellingham who came all the way to South Carolina to visit me. I remember that I gave her a chitenge from Malawi that I had apparently promised to someone else (but I’d forgotten that) and the someone-else was angry that she hadn’t received it.  I eventually felt okay about the genuine mistake because Keri was the only person to visit me in exile … er South Carolina, and she deserved the blue and green swath of cloth reward.  Keri remembered making bead earrings while listening to Ella Fitzgerald. I do not remember that, and I'm sad about it. I’m certain we did that however, both things were staples of my high school existence.

Ella Fitzgerald and Louis Armstrong were the first two non-Christian-music artists' tapes I bought (at Avalon Records in Bellingham at the corner of Magnolia and Railroad), and I listened to them constantly and likely remember every word. These tapes were joined by two others: Sinead O’Connor’s The Lion and The Cobra (is she wearing baby pj’s on her butt in this video?) which my brother gave me. “I think you’d really be into this new singer” he said, handing me what was likely a hot tape that had likely come from one of the many car stereos of mysterious origin that were filling up his closet during his years of experimentation with exactly which illegal career he was best suited for. I also had procured the Indigo Girls debut at that point, thus rounding out my formative, oddly lesbian-esc collection of music. When I was home alone, I put on Sinead for the first time and I danced through the tape twice. 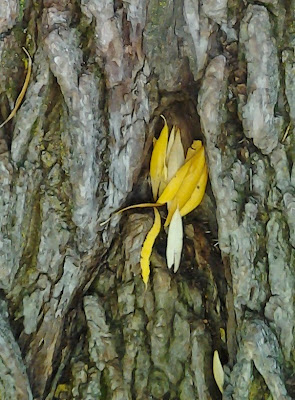 I recently remembered this because I am in need of exercise and the outdoors is shutting down as a viable source, but the gyms are too loud.  So one evening Coyote was listening to “Hearts of Space” while I was beginning to remember that music is the human experience that moves me most deeply. Ironically it is one that I have no natural ability for, so I suppose part of its allure is that it is sort of my personal forbidden-fruit. And I began to dance, making sure the curtains were all closed, rolling up the carpet, staying safe in my sequins-ed shell/shawl. I danced my unclassifiable mix of ballet, belly, swing and ska until I was worn out, about 15 whole minutes. And the next day I was sore and that’s the indication there’s work to be done. So I’ve been dancing to every type of music (except country, musicals and Christian rock – the ménage trois of ear-torture) as daily as possible for my allotted 15 minutes and it makes me sore and happy down to my toes and the buzz lasts all day.

I was 13 and had just begun the terrible, horrible no-good high school youth group at our church. I was thrilled to be old enough-- FINALLY!-- to join, only to quickly realize it was a raunchy group of assholes and our leader was the Terrible Asshole in Chief (oh god… I have stories-- STORIES! about this regrettable group.)  So much of our childhood is wasted on looking forward to things that turn out to be, at best, underwhelming but more often, nightmarish. But who wants to tell their bright eyed child THAT? Better to let life’s letdowns come naturally, at their own pace.

After only a few summer weeks of Wednesday nights in the church’s double wide (the former “parsonage” my family had once lived in, since converted into Sunday school classrooms), I left early for my long, dark walk home, across the street.  On that warm summer night, moments before my Freshman year, a cute high school Senior with freckles and a bowl cut followed me out to the gravel parking lot.  I had made it as far as the plum tree when he called my name from the back porch. I turned. "Wait up!" He jumped over the railing and ran towards me, crackling across the gravel. When he arrived by my bewildered side, he wordlessly placed his hand behind my neck, tilted my head towards him and kissed me on my lips. It was my first kiss. It could not have been more romantic. 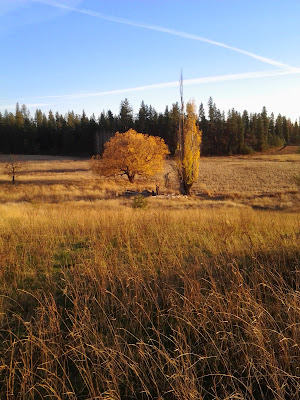 I want to always remember the moon, full and shining through the leaves of the plum tree. The plum tree was likely the one from which my baby sister once picked up a black slug, assuming it was a plum, and ate it at the table with our elderly visitor; a black slime dripped, un-noticed for half an hour, from her baby mouth. It was the tree beneath which I was bounced (I'd been told) from an overly-enthusiastic wagon-ride provided for me by my big brother, always taking me out for adventures… and stitches. But those were two different trees, weren’t they? Maybe I was kissed beneath the ash tree, full of radiant red berries, or maybe that tree was at the other house.  So it was a tree, the moon was dappling our shoulders with its light. But it wasn’t the moon, I now realize, it was the sole streetlight in the church parking lot; it did not shine silver but sodium vapor yellow.  At any rate, Chuck would become my boyfriend. And I danced all the way home.

Chuck rode a motorcycle and I loved climbing on the back, sliding my hands up beneath his shirt, clinging to him around the curves of our country roads. He always let me wear the helmet. Later he got a car with windows that steamed up nicely for added privacy.

I was babysitting, my usual nanny job, so I think it was summer time yet… maybe. Yes, the last day of summer vacation.  The kids had gone to the neighbor’s but I was still obligated to stay, watching MTV, the forbidden fruit of television.  I called my new boyfriend and he happened to be at a friend’s house across the street, and we could see no reason why he shouldn’t cross the street.  And suddenly we were making out on their couch and then in their kitchen.  And, this must have been early on in our courtship, because he tried on this day, my first French kiss.

I spit out his tongue, “What the hell was that?!”
“French kissing.”
“French kissing is disgusting!”
“You’ll get used to it.”
“How will I do that if I’m never doing it again?”
“It’s the main part of kissing. You need to learn how to do it.”
“Nope. Not going to happen. Don’t try it again.” That was clear, right? I’d made myself clear, I believe.
But three seconds later, there’s a goddamn tongue in my mouth!
So I bit down, hard! And I held it. He was screaming.  I finally let go.
“What the hell wath that!?” He lisped.
“I told you I didn’t want to do it. And I meant it.”

Oh, but I didn’t mean it for long. Soon we were Frenching everywhere, at school against the lockers, at basketball games, and on the short walks home from Youth Group.

My parents did not like this boy: “What’s wrong with him? Why can’t he date a woman his own age?!” my dad thundered. I think I understand what he meant, but an insecure 13/14 year old only heard that anyone who dated me would have to have something wrong with them. My brother, who was more Chuck’s age, didn’t like our dating either and he made him a pariah of the illegal-activity set.

My parents escalated from insulting him to outright forbidding me to date him.  And so I did not date him where they could watch. I went to basketball games with my friends, but spent the time steaming up his car. My parents went to a family gathering, while I stayed home in sickness or homework and Chuck would wait down the road until he saw their car leave. We would make out on the living room floor and listen to Sinead O’Connor. (I am listening to this song with a cat on my lap and see now that it is the ultimate house cat song...I'm envisioning a video of this song with alluring cats!)  Until one day my parents doubled back to retrieve some forgotten item: oh those forgotten items! the bane of every sneaker! And I was never allowed to stay home alone again. The more upset they became, the more attractive Chuck got, my savior from these nutso's, my motorcycle get-away driver.

I was not head-over-heels for Chuck, really. He was just so exciting and forbidden. But after the excitement of the “firsts” wore off, he was just kind of a jerk, kind of nice too.  I was on the fence. My friend convinced me one evening to finally break it off. So I did. Chuck, surprisingly unruffled, sweetly asked if I would need to change the name of my cat, Charlie.
“Why would I do that?”
“Because you named him after me.”
“Oh god no. He’s named after Charlie Chaplin.” I realized then that I was making a good choice. "Who names a cat after their freshman boyfriend?" 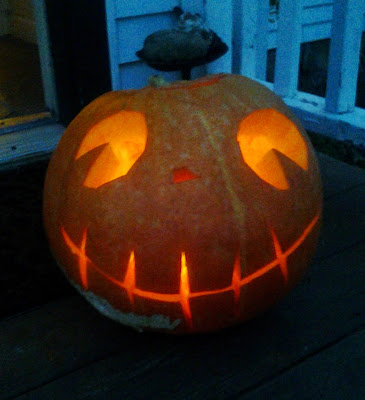 Chuck and my friend showed up the next day at school as an item. It was a terrible thing for her to do (which she apologized for recently) but I was not too upset. I knew we’d break up eventually as I was only 14 and had always known I wouldn’t be marrying the guy I dated at 14. No, I was saving those absurd, unrealistic expectations for when I was 15!

Blue loves the story of the first French kiss. She asks for it again and again. Now, she is my age, then. And she is very different from me, more secure, more level headed and practical. Better, in every way, I often marvel. But who knows what she's got up her sleeves. Only time will tell (and then forget.)

Whatever happened to Chuck, we might ask. Chuck joined the army a few months later, had two kids and committed suicide at 28. I am the sole proprietor of these utterly cherishable memories. And now I’m not.
Posted by Sarajoy at 11/13/2014 No comments: Links to this post